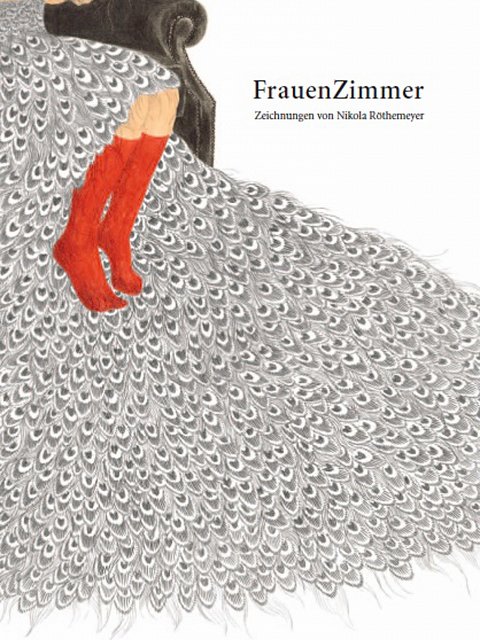 Nikola Röthemeyer’s works negotiate the margins of many different styles. In the series »FrauenZimmer«, she initially devotes herself to the supposed reality of life for women, placing them in relation to their environment and present­ing aspects of their identity. When it comes to housework, home­- mak­ing or moments of quietude, she chooses scenes from genre painting. In a second part of her series, Nikola Röthemeyer expands her thematic palette, leaving the private sphere behind and moving into a kind magic realism, akin to the world propagated by the ­Argentine fabulist, Jorge Luis ­Borges. Be that as it may, the ­pe­culiarity of Nikola Röthemeyer’s work actually resides in the fact that it doesn’t charge this realism with a decidedly erotic momentum à la Balthus and Klossow­ski, but instead builds using transformative stylistic ­features, such as extreme focus, pictorial perspective, viewer’s ­perspective and format in the smallest shifts in reality and de­familiarization. A fine example graces the dust jacket of the book: the male peacock on the chair arm has let down his tail feathers, out of which the protagonist in the picture has woven a majestic train.