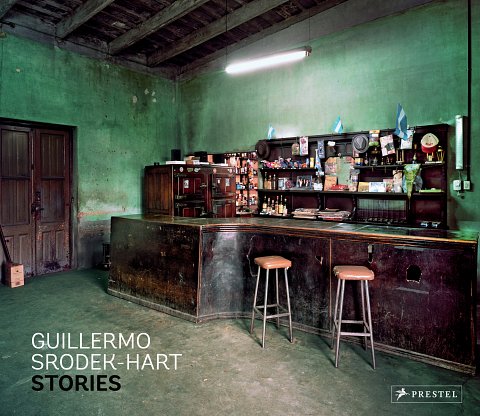 Exploring the rural surroundings of Buenos Aires, Guillermo Srodek-Hart used his 4×5 camera to capture the interior of old commercial establishments. Butcher’s shops, bars, bicycle repair shops and dry cleaners were photographed in the manner of a still life, thus devotionally consecrating objects intended for consumption to an unalterable condition. For many of these places, the record made by Srodek-Hart was the last depiction of a disappearing world. Without changing a single item in the scene, Srodek-Hart installed his plate camera and hid behind a black drape in order to compose the picture and focus the camera. During the long exposure, it seemed as though time stood still. Despite the fact that neither the owners nor any of their customers appear in them, the photographs capture traces of a human presence reflected in the organization of the objects and in the manner of the labour we can imagine taking place in each of the sites. These photographs express both visible and invisible elements and, ultimately, operate as a kind of vanitas, in which the imminent extinction of these old shops reminds us of the transient condition of the ‚forms‘ of life that the modern city tends to defeat, affecting the realm of what has therefore become its opposite; the rural way of life.